Who will be the Local Open King of the Castle? 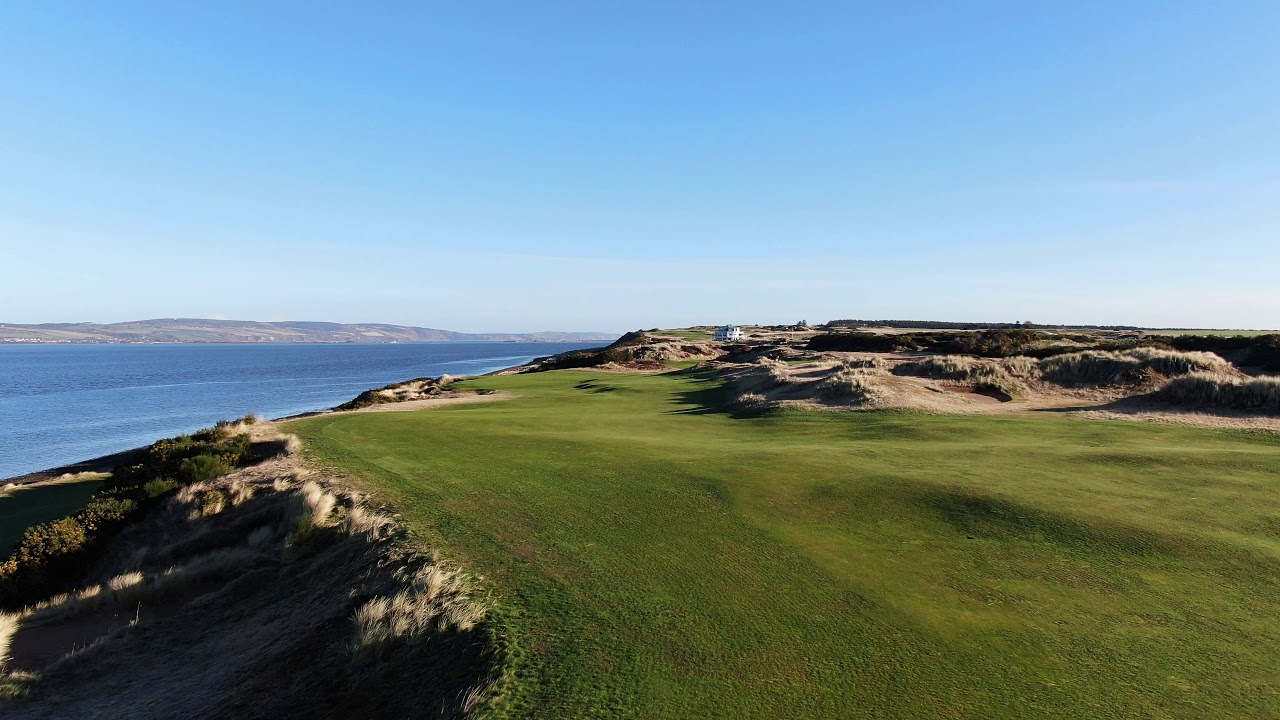 A Famous Victory, Enjoying Some Luxury And Thinking Of The Ladies

Castle Stuart Director of Golf Jeremy Matte is spending much of January in his native US promoting the course and the wider Highlands to potential visitors and taking the best ideas from other clubs back to Scotland.

In this blog, Jeremy goes back to where his career started and sees how some clubs are promoting women’s golf

Arriving at The Kiawah Island Club was a trip down memory lane for me. A private members’ club consisting of two fantastic golf courses - The River Course, and one of my all-time favourites, Cassique, a Tom Watson design and tribute to links golf that opened for play in 1999.

This is a very special place for me, as it is where I started my career in golf, in March 2002, as a caddie. It was during caddie training when I met a lifelong friend in Tristan Mouligne.

One of the privileges of caddying at The Kiawah Island Club was getting the occasional afternoon game. For various reasons, Tristan and I seemed to get more than our fair share of golf at Cassique - we both had a can-do attitude, coming in on days off, or taking that 3pm single bag that none of the other caddies wanted after already going around the course.

Our reward was not only a little extra pocket change, but also a blind eye to the normal criteria of how often we could play.

In those days we had hardly a penny to our names, so it made little sense to play for cash. Instead, our matches focused on avoiding humiliation as the loser had to carry the winner’s bag back to the car. That meant lugging both bags past the members and golfing guests who would be basking in the setting sun outside the clubhouse, past the bag-drop guys, past any golfers grinding it out on the range, and, finally, past the caddie shack, where the winner could only hope one of the managers was still in the office to offer a wave and laugh.

A ‘walk of shame’ of approx 1/3 of a mile, for the loser, while the winner basked in the victory.

Back in 2002-2003, Tristan was the most accomplished golfer and enjoyed a bag-less walk back more times than not. But, fast-forward to 2018, it was lefty that got to enjoy watching his best pal carry his bag from the 18th green.

Next stop on my travels was Fort Myers/Naples area of Florida, starting at The Old Collier club, run by a Scottish GM, Iain Mossman. Another Scotsman, Darren Murray, runs the all-walking caddie programme - widely considered the best in the state. - and arranged an early morning game. My host member, Jon Adams, who played Castle Stuart on opening day, runs a weekly skins game that normally sees 12-16 guys playing. This week the game was down to 5 due to the early start, required as the ladies member/guest match was being played that afternoon.

Old Collier is a small members club, and one of the most exclusive on the west coast of Florida. Mostly all-walking, on a wonderfully playable Tom Fazio design, with single bag caddies who often come from Scotland. I was lucky enough to have the best of the best on my bag - Royal Dornoch’s own caddie master, Neil Munro. Despite this small membership, the ladies’ programme has blossomed these past 10 years. So much so, that the ladies member/guest day became oversubscribed. A waiting list was formed. The waiting list ballooned each year, to the extent that now this small members’ club runs a second (and full) ladies guest day over the busy winter months.

Each of the 3 male members I played with thought it only a small inconvenience to have to move their weekly match, happy that their wives have taken such a keen interest in the game, that the course and club are busier, and that the caddies are getting more work than ever.

That afternoon I visited Grey Oaks, another very exclusive club in Naples but very different from Old Collier - which was pure golf, no homes to be seen, and traditional clubhouse facilities.

Grey Oaks has 3 courses, all members have on-site homes, and by far the most amazing facilities I’ve seen. The state-of-the-art teaching facilities have every teaching tool you could ever want, the best technology on the market, with highly respected and qualified PGA teaching professionals at every turn to make sure their members get the best out of the game.

The fitness centre was even more amazing, I’m sure it would put a lot of division one universities to shame, and possibly even some professional sports teams. Pool, tennis, multiple restaurant options - members hardly have to venture off site into bustling Naples.

While having dinner that night, with members and friends Jim & Peggy Nolan, I discovered that Gray Oaks hosts the largest ladies members/guest day in the South East of America, possibly the largest on the eastern coast. It really shouldn’t have come as a surprise, as Grey Oaks has the facilities to host such numbers, and you can see why any golfer, male or female, would make their way to this south west corner of Florida to attend.

After visits to these fine clubs, and hearing the success of ladies’ golf at both, it makes you ask the question, ‘Do we do enough in Scotland to promote the game to women golfers?’ Maybe a bigger question for member clubs in the country than a visitor destination like Castle Stuart. With that said, we introduced a ladies’ open competition 3 years ago that sells out each year.

We’ve also recently partnered with Gillian Stewart, former European Tour winner and now a teaching professional at Castle Stuart. We have received positive feedback from our female guests, who enjoy the playability of the golf course, both in terms of lack of carry off the tee and width/options from the fairway, but also being able to play from tee boxes that allow them to enjoy their golf.

I do feel that Castle Stuart does its bit to make sure women golfers enjoy their time here, but will continue to ask ‘What more can we do?’ This may be something that some member clubs could ask themselves.